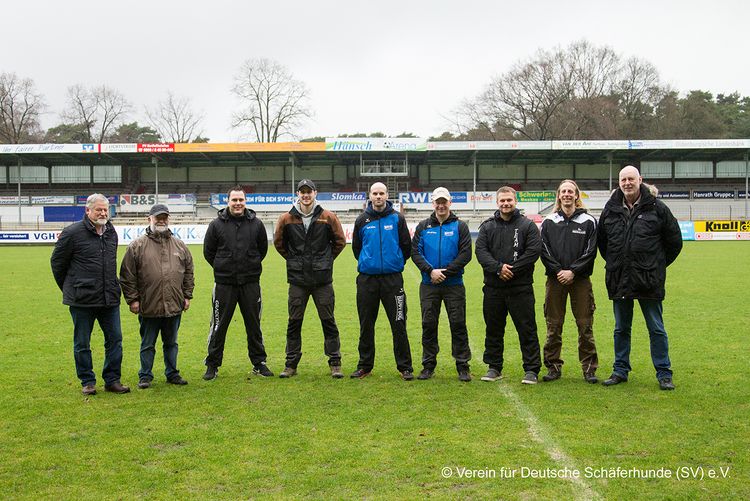 The preperation of the WUSV world championship is running at full speed and Januar 30, 2016 was a very special day.

The WUSV head judge, Günther Diegel, decided who will take part at the World Championship as helper.

The organisational leader, Heinz Gerdes, organized that the Hänsch stadium in Meppen was the meeting place for this special event.
After the welcome address the head judge of the WUSV World Championship, Günthter Diegel, provided general information and talked about the course of events in the stadium; also, the starting order was drawed by lot. Each helper had to work with two dogs; accompanying persons and dogs came along with. The dogs had been assigned in such a way that no one had to work with the own dog.
When they had to go outside the rain was pouring and the wind was rough – in fact, the wether could have been better.

Under supervision of the WUSV head judge Günther Diegel, the SV training warden Wilfried Tautz and the organisational leader Heinz Gerdes the helpers worked according to the allotted order. In order to show the work to interested persons all over the world the presentation has been filmed from REIVISION.

We congratulate and we wish you a good training season.
Roswitha Dannenberg